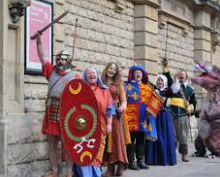 Gloucester is one of the oldest Cities in the UK. It can trace its roots back to Roman times when it was called Glevum. It was such a vital centre for the Romans that it continued to be used right through the Dark and Middle ages. It has a King buried in its Cathedral and became a centre for Medieval rural life in Gloucester, a hotly disputed stronghold in the Civil War. Finally, its docks brought prosperity and income with its access to the canals. It is quite small for a City, but as it has a Cathedral, University and is the administrative and county capital of Gloucestershire, it remains a populous place to live. The Park Homes Gloucester residents will certainly agree; just look at www.parkhomelife.com/our-parks/orchard-park-homes-gloucester-gloucestershire to see what we mean. 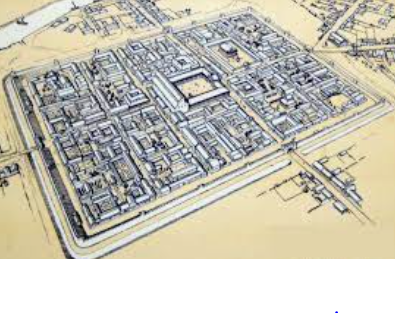 However, it all begins in 48AD with the construction of a Roman Fort to protect a vital port for the River Severn. This strategically important river ran all the way up into the Welsh mountains and area that the Romans wanted to conquer. The river ran all the way out into the Severn sea (what we now call the Bristol Channel) and represented a great way to transport resources and troops. Eventually, the Romans subjugated Wales and moved the garrison at Glevum to the Caerleon, where they built even bigger barracks to control the rebellious locals.

Rather than wither and die, the Fort at Glevum changed its focus to become a Colonia instead. This meant that retired Legionnaires could move there and be given land to farm and townhouses to live in. The area around Glevum was fertile and proved to be perfect for growing wheat and vegetables or raising cattle and sheep. There is lots of evidence of Villas around the city, the biggest being the one at Great Witcombe. With a wave of newfound peace, or pax, to use the Roman word, the city was able to accept more and more legionnaires and their families. The trade that the city gained from the rest of the Empire aided its wealth and growth. It soon began to take over from Corinium, which was briefly the second-largest settlement in Roman Britain.

As with all Romano-British towns, the Roman Empires’ influence dwindled and eventually petered out. The people lived on at the site, and as the country adjusted to the coming of the Angles, Saxons and Jutes, then the Vikings and Danes, it became clear that the city would survive out of its Roman beginnings.