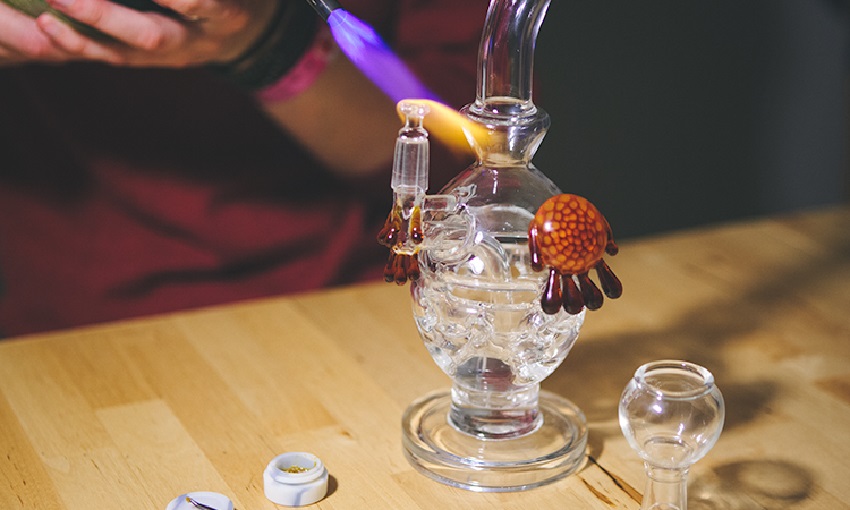 The big difference between smoking cannabis and the use of a concentrate lies in purity. The flowers or buds of the most potent cannabis varieties contain approximately 30 percent of cannabinoids, the active ingredients in cannabis. In addition, marijuana buds also contain an amount of plant material in which there is almost no cannabinoid. This plant material has hardly any medicinal value; it does not favor the health of the body and stresses the lungs. Finally, tobacco is usually used to smoke cannabis, whose health risks are well known.

However, these health problems can be avoided with a wide variety of alternatives, such as processing cannabis in beverages or using a vaporizer to evaporate the active substances. Dabbing is among the healthiest ways to consume cannabis and, among all inhalation alternatives, it is the purest form.

The dabbing method includes the use of the aforementioned substances, oil, budder, wax or Dag Rigs. All are concentrated in the active ingredients of cannabis, such as tetrahydrocannabinol (THC) and cannabidiol (CBD), in addition to the terpenes that provide the flavor. If the concentrate is made correctly, the result is a literal extraction of the properties of the plant. This means that the specific smell, taste, and effect will be preserved in the concentrate, but to a much greater extent. Good concentrates sometimes contain about 75 to 90 percent of active ingredients.

When dabbing was invented, people only used a hot knife. Today, a series of advanced instruments and equipment are used, including a special bong (a kind of water pipe also called a tower or rig) for dabbing. On this kind of bong, a small tube-shaped element called a “nail” is placed. This element is usually made of titanium, ceramic or glass. The nail is heated with a powerful butane lighter or blowtorch. Next, the user has to put some BHO on the nail or on a small metal skillet. At the same time that steam is released, it is sucked through the pipe. The dabbing method prevents all BHO from burning at once,

The benefits of dabbing

The biggest advantage of dabbing is that the effect is much stronger than smoking a joint or using a vaporizer. This makes dabbing very suitable for those who suffer acute or chronic pain and intense nausea, due to its direct and very effective effect. Achieving a similar effect when smoking a joint or with a vaporizer is impossible.

Due to the increasing popularity of dabbing, the University of Albany, the State University of New York, has recently conducted a study in this regard. This study has shown that dabbing is a healthy way to consume cannabis. In addition, the data collected showed that there is no evidence that more problems or accidents occur when consuming through dabbing than when smoking marijuana buds.