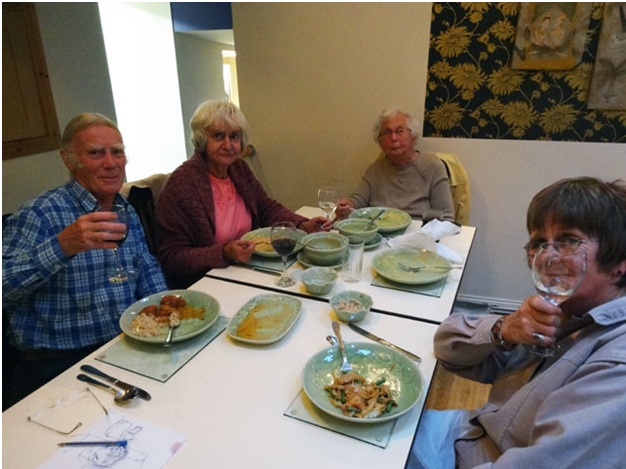 New research indicates that ever-more adventurous diners in Britain are being failed by high street eateries that simply do not serve up enough interesting options.

The research, which was carried out by Raymond Blanc’s Brassiere Blanc Group, has proved to be most interesting reading for anyone working in the UK hospitality trade. The survey was carried out ahead of a campaign by the Raymond Blanc-owned group to encourage diners to broaden their food horizons.

The findings reveal that many UK diners are more than ready to broaden their horizons.

Interestingly, men consider themselves more adventurous than women, with 55% saying they would try something new compared with 43% of women. Not only does gender play a part in how adventurous Britons are but also location, with 70% of Londoners claiming themselves to be adventurous diners and those from Yorkshire claiming to be the least adventurous. This could be seen as little surprise, given how much Londoners eat out.

Age also plays a vital role in tasting new things, with 18-24s most likely to try something new; in fact, 65% of this age group said they would try offal or game should it appear on a high street menu. 72% of the respondents were inspired to eat more adventurously by their parents.

This campaign was catapulted into action after an analysis of Brassiere Blanc’s recent sales revealed that 20% more customers chose snails over goat’s cheese salad and twice as many opted for wild venison rather than play-it-safe favourite roast chicken.

The findings of this survey indicate that high street restaurants need to rethink their menus and have a stab at bringing something new to the table. A good place to start may involve purchasing innovative food appliances from food machinery auctioneers such as clarke fussells food machinery brokers to help to create food that the diner has never eaten before or cooked in a different way.

Traditionally known for bland palates and unadventurous eating, the new diners of Britain have spoken and they want something different on their plate.