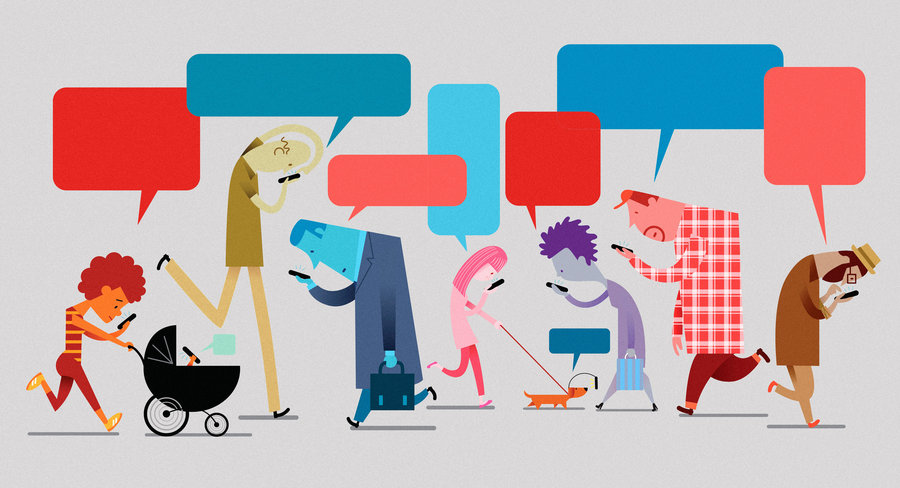 No, the ” mass media ” have not died (just as cinema did not kill the theater), but they are losing the role of centrality in the tools and communication media between companies and consumers. New forms of relationship are born, the “2.0 relationship”. One of the best expressions of these new forms of relationship are the ” Social Media “. One of the main conclusions of the unstoppable progress of Web 2.0 is none other than the fragmentation of the media … the written press, radio, TV … are no longer the only ones or, surely, the main means of communication.

A new generation of micro-media , of communication micro-supports is born.” mass media ” ?

What are these micro-media? The main actors of the “social media” are: Blog According to Wikipedia: “A blog, or in also a blog, is a periodically updated website that chronologically collects texts or articles by one or several authors, appearing first the most recent where the author always retains the freedom to leave published what it deems pertinent. that you are reading a post or entry into a blog.Las main platforms for creating and hosting blogs are wordpress , blogger 0typepad, nanoblogging Microblogging, also known as nanoblogging, is a service that allows its users to send text-only messages, with a maximum length of 140 characters, via SMS, instant messaging, websites or ad hoc applications.

The main services are Twitter or jaiku , although it also exists in Nanobloggin with photography, Twitxr , is an example. RSS A simple definition (from Wikipedia) tells us that it is “a simple data format that is used to redistribute content to subscribers of a website.” The format allows content to be distributed without the need for a browser, using software designed to read these RSS content (aggregator). “The main aggregators are Google reader, Yahoo or Netvibes . Widgets Desktop widgets are also known as gadgets, and are mini-applications, designed to provide information or improve an application or services of a computer, or any type of interaction through the WWW, for example an extension of some business application, which provides us with real-time information on the status of the business or organization.

Here is an example, the link to the widgets of ESPN. Social network there are many definitions of social network … I attached the one offered by Wikipedia: “A social network is a social structure that can be represented in the form of one or more graphs in which the nodes represent individuals (sometimes called actors) and the sharp relationships between them. ” Which are the main ones? Depending on the number of users, and according to the Social Media Tracker report (pdf, 3.8Megas) of Universal McCann, the first one is Myspace, the second Facebook and the third Blogger.

Podcasting it consists of the creation of sound files (usually in mp3 format) and video (called videocasts) and their distribution through an RSS file that allows subscribing and using a program that downloads it from the Internet (such as Apple’s iTunes) so that the user listen to it whenever they want, usually in a portable player Share Video They are the maximum representatives of these media: youtube , dailymotion or tutv . Share photos They are the maximum representatives of these media: flickr or picas . But for a company that wants to manage and make profitable the relation with its clients, this of what it serves …?

In conclusion, the challenge for companies is very big … they lose control over the client, their opinion and their management of the brand … Depending on how they face this challenge, it will become a problem or an opportunity.