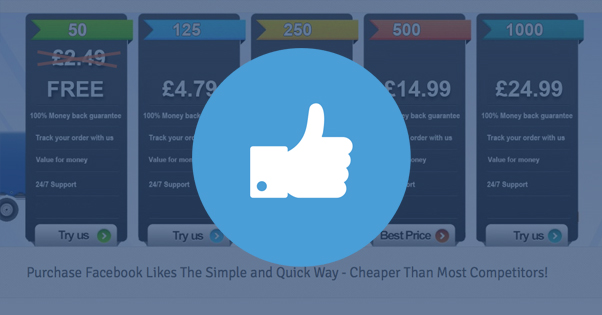 The number of followers of an account in social networks is not indicative of its success, or that it has a stable community around the brand. Unfortunately this figure is easily falsifiable, based on buy · fake followers · or false followers. Something that only brings a number to a list of ghost individuals, who will never interact with the brand.

BarracudaLabs shows that there are many companies that are dedicated to commercialize with the number of followers. Without going any further, on eBay you can find 52 companies that for a ridiculous cost inflate your account results. With these facilities, it may even be tempting, the idea of effortlessly achieving results that normally require large doses of work and a good strategist, more than one is very attractive. However, thinking coldly, what good is it? You’re going to get thousands of followers, that’s true, but your interaction level is zero, which can even hurt your company’s image.

To get results in social networks, the basis is not to accumulate followers; Real or not. The brand must develop a strategy, focused on providing value, create conversation and generate engagement with its followers. Only in this way can your activity be known and achieve the objectives. SumAll indicated in the middle of last month that the average value of a tweet is $ 25.62; A figure that drops considerably in the event that the account has false followers.

It is estimated that there are over 99,000 false accounts on Twitter. At the moment, Twitter has not taken any action on the matter, considering that it is extremely difficult to detect them, although sometimes it has implemented anti-spam initiatives.

Examples of large companies that have purchased followers

Recently we published the results of the study signed by Andrea Stroppa and Carlo De Micheli, whose research project focused on finding out what was the procedure used by major brands accounts for a large number of followers in one day. They tried to establish contact with firms such as Louis Vuitton, Mercedes-Benz or Pepsi, as well as celebrities and public figures such as politicians Newt Gingrich, Jared Polis or rap singers 50 Cent and Sean Combs (Diddy).

As a result of his work, we emphasize that Mercedes-Benz did not lend itself to explaining how it had obtained 28,283 followers in a single day, implying an increase of 21,000%. For its part, Pepsi did not provide conclusive data on the spectacular achievement of 71,686 followers in less than 24 hours.

Precisely the great brands are those who should set an example, they have enough notoriety as a brand to attract followers, and also their budget is much higher than the small. On the other hand, money does not give happiness, to obtain satisfactory results it is necessary to invest in quality actions and to give motives day by day to the followers so that they want to be on their part.

The share, true indicator of success in social networks

The impact of social networks and their constant flow of information given the active and frenetic participation of all its members has generated that all kinds of media end up being surrendered to its powerful influence. But as with other media, traditional audience measurements now no longer only matter. Social networks have changed many of these paradigms where more than the number of followers, other indicators such as the “social share”, which includes the volume of retweets, likes, comments, etc …, has positioned itself as the best reference for Measure the impact and relevance of media and content.

The purchase of followers or fans only feeds a false appearance that is evident when the community itself is inert, inactive and half dead. All a deposit of corpses without their own life that can really help promote our different actions or the information we generate and share.

A high social share is indicative of a faithful, active and nurturing community of engagement and relevant resources. This is the way to discover the deception of those who rely only on numbers that are not reflected in the impact of their actions. And the best way to witness this real growth of followers is to truly bring value through each of these actions, information, quality content and what we say or share. Evident evidence that our community is truly important and above all, real, active and alive.