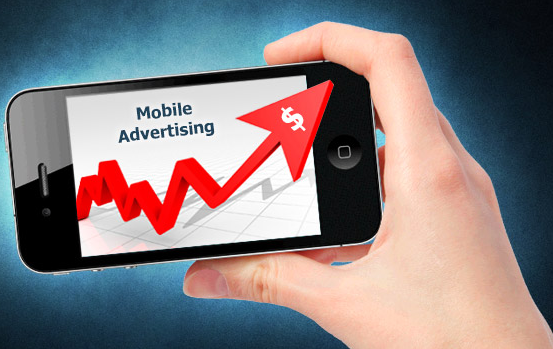 The mobile is the favorite toy that has conquered children and adults. This smart device has become the first thing we see every morning when we wake up, and the last thing we get to bed, a perfect relationship, come on. An inseparable binomial where the brands also have not been able to resist the temptation to put baza, including its announcements and publicity actions in order to catch the attention of the users.

Although a priori may seem a perfect strategy, take advantage of the large percentage of mobile penetration to give more scope to advertising actions, have not taken into account some important details: What do users think of this? Do you just accept mobile ads? What benefits your user experience? or better still, can not you think of another way to interact with them in such a highly personal device, to send a mass advertisement, as if it were the TV? In short, how do you expect the users to react to this invasion of their privacy?

Some data and conclusions from different studies provide interesting answers that reveal that despite the rise of mobile advertising, mobile ads do not want to be seen by users or in painting.

The advertising sector in this search to recover part of the lost ground during the crisis, has not hesitated to give true importance to the new formats and digital advertising channels. Media agencies are intent on continuing to sell even if it is knocking down doors and resorting to the most intrusive advertising regardless of whether or not the results are actually expected. As mobile advertising seems to be in fashion, many advertisers are willing to experiment, investing a greater part of their budgets in these types of ads.

The rain of data and information about it is overwhelming. As if it were a real lobbying, the mobile advertising industry does not cease in its desire to turn its interests into the panacea of companies and brands. Curiously, few are those that refer to the aspects related to the negative perception of the users themselves to this type of advertising, or how the large volume of accidental clicks end up throwing away thousands of euros from advertisers. Something that in the end ends up becoming a hell for the users themselves.

Perhaps there is a spear in favor of this type of ads beyond the “display” that both comes to annoy. In fact, it is especially striking that it is not surprising that Google already accounts for half of the world’s mobile advertising business. However, its model is not based on the interruption, but on continuing with its philosophy of providing relevant ads in mobile searches. This is where they really seem to be relevant, effective.

But then how can companies tap into the mobile potential?

In a very simple way, betting on the interaction through marketing, instead of the intrusion of advertising.

The DMA also found that 43% usually interact with brands, 23% admit that they enjoy it, follow them on social networks (20%) and publish comments (11%).

Nielsen indicates that mobile users spend more than 9 hours per month to check their social profiles. The consumption of audiovisual content through smartphones has experienced a remarkable increase of 6% to 25% in 18 months, according to Robert Kyncl, Content Director of YouTube, in October.

It is one thing to arouse the interest of the client, and to make it him who voluntarily requests the information, and another to burst into his environment with an intrusive message. 44% of users consider ads too aggressive, but many of them access coupons and offers through their mobile.

The online video consumption through the mobile grows unstoppable. Nielsen’s work shows that users dedicate 75 minutes a month to online videos. Therefore, one of the most effective ways beyond advertising is to take advantage of these media to generate really interesting and even interactive brand content.

The mobile applications are a great demand to achieve notoriety and engagement with the brand. In addition, they represent a good business opportunity. MarketingProfs indicates that we spend 80% of our time with the mobile to consult an app, which means an average of 94 minutes a day. Therefore, if you are able to create a useful application, respond to a daily need or have some differential value, and simple to use for your users, you can make a hole in your small but very smart screen.

Gambling can also be a gateway to your customers. It is a question of applying a playful component to the marketing actions, in order to generate engagement and make the customer interact for a longer time with the brand, fomenting the engagment. Mobile users are great players online, and they willingly lend themselves to participating in such initiatives. Data provided by eMarketer at the end of the year show that the number of mobile players in the United States in 2013 is expected to reach 121 million, an unprecedented growth.

As you can see, there are many ways to reach your customers without having to bother you, it is enough to value your needs, rather than our interests.