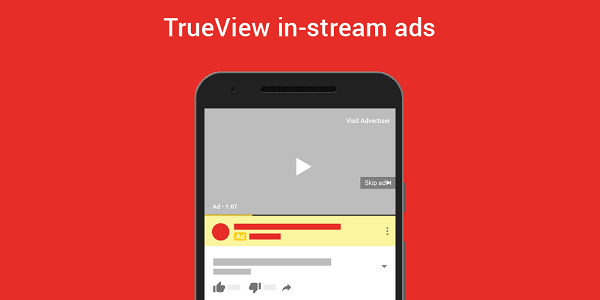 39% of respondents believe that advertisers should be included in the first 5 seconds scenes of humor, 35% catchy music, 28% that tell something new brand, 28% to show the logo and the 21% product benefits are seen

The advertising TrueView (which lets you skip the ad after the first 5 seconds on YouTube) has a 24% impact that television, as is clear from a study by Ipsos for Google.

In addition, from the 5 seconds of exposure to the announcement, the impact increased by 1.3% each passing compared to TV advertising second.

When they asked respondents about their attitude towards this type of format 42% of users said they would see the full announcement if it did attract attention in the first 5 seconds; 18% said they would always be like brand; 10% avoid ads brands that do not like and 20% avoided any announcement.

Finally, to avoid the “jump”, 39% believe that advertisers should be included in the first 5 seconds scenes of humor, 35% catchy music, 28% that tell something new brand, 28% that showed the logo and 21% that the benefits of the product is seen.

According to Eva Lopez, Client Service for Ipsos ASI  “the multiscreen are changing the way in which makes contact with consumers.Advertising strategy becomes more complex but in turn is enriched by having to adapt to the multitude of screens and new modes more personalized interaction. “

The study was conducted during the month of June 2013. A total of 30 spots (10 per country) that were broadcast on TV between 6 months and a year earlier were analyzed. The ads were 6 different sectors: Food (2) Beverages (2) Automotive (2) Beauty (2) Finance (1) and Telecom (1). The sample of nearly 31,000 interviews consisted of users with Internet access at home between 18 and 49 years.