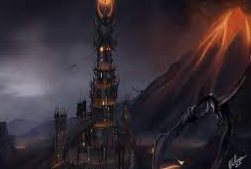 One of the most satisfying and universal used tropes in stories is the how the villains, their evil kin, allies and servants (willing or not) live in a desolate place where nothing grows and could generally do with the help of a good bit of Contaminated Land Remediation by a company like Soilfix. Why do the “bad guys” choose to live like these? Surely if you want power you’d rather like to live in a huge palace with a nice garden. However, it seems that a black and blasted wasteland is infinitely much more preferable to the person causing all the trouble in the world.

Fantasy is where much of this comes from. One of the best examples is Mordor in Tolkien’s work. To Tolkien he saw such places as being akin to his experiences of the First World War and the effects of industrialisation on the British landscape. Sauron is massively powerful yet he chooses to exist on top of a tall black tower and the cloud of Mount Doom blots out the Sun. You have to wonder what the people living there thought when the lands were gifted to them by Aragorn.

David Eddings uses a similar idea for his evil God Torak. A constant mass of cloud blocks out the sun allowing mold and mildew to grow everywhere. Deeply unpleasant. It is also true in Science Fiction. Darth Vader choses to spend his considerable down time on Mustafar. He takes advantage of a nice Darkside cave under his castle tower and can see the spot where Obi Wan Kenobi beat him with lightsabers.