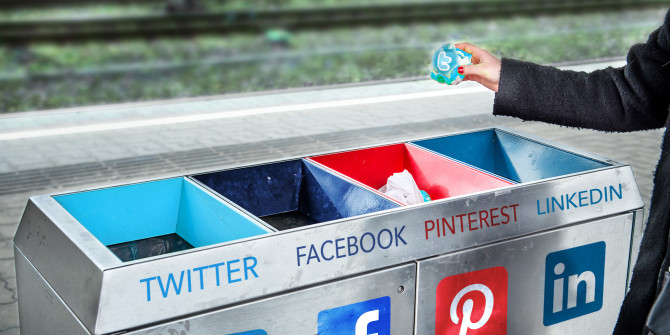 In Social Media, many professionals or entities pride themselves on having hundreds or thousands of followers on Twitter, Facebook, etc., but … are they always of quality? This trend, so fashionable now, to measure the success of a brand (personal or not) by the number of followers in social media has led many to an obsession to get contacts as they are (even buying them).

Many brands prefer to increase their number of followers more by image than by creating a loyal community and, therefore, there is a certain debate among people about whether this makes sense or not. For me, the answer is definitely not. The Metcalfe Act for a communications network itself has meaning and value, but the massive accumulation of users (without a real interest in the brand) does not make sense. It’s just an appearance and you do not get “engagement” or good conversion rates.

This happens because we live in a mass society and, the one that has many people behind, is always presupposed that it has to be someone relevant. But quantity does not always mean quality too. In addition, many of those who follow are “trolls” who just want to annoy. Having a large audience does not mean having a great influence. Let’s not forget that interaction is the true essence of communication 2.0, which has made power no longer have brands, but consumers.

In social media, its true value does not lie in the ability to “store” followers, but in the ability to create a loyal community through actions such as dialogue, listening, mobilizing people, etc. All this quickly and free. This allows to create an authentic and faithful community and, if it is still great, better. For example, Starbucks Spain has understood this very well and now has a very large community and also very participatory.

In short, the number of followers will not give you the happiness of seeing a loyal community that is interested in you. “Followers are like money.” Having a lot of money (many followers) will make you rich (having a group of many people), but they will not always give you happiness (the fact that they are really interested in you). Without interaction, the brand (personal or not) will feel “empty”. Loneliness is being surrounded by people and feeling alone. That’s why, sometimes, less is more. It is always preferable to have less followers and more participatory and loyal than many followers and little interested in the brand. Therefore, grow naturally and also focus on your best followers or customers. Applying the Pareto Law, 20% of followers usually generate 80% of total interactions.