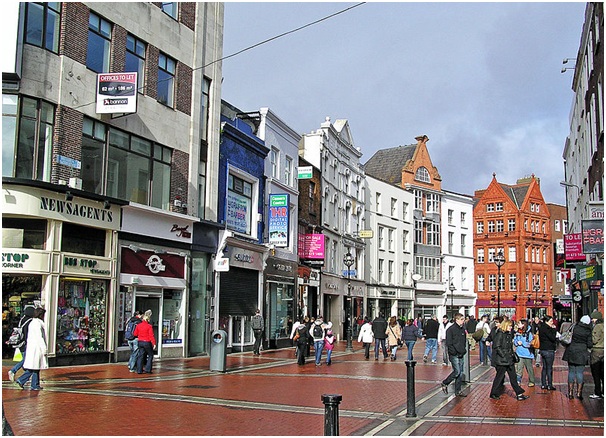 Any trip to the Emerald Isle should include a visit to Dublin.

The Republic of Ireland’s diverse capital has plenty to offer, with Lonely Planet citing its eclectic mix of ‘heritage and hedonism’ as one of its key selling points. But what exactly is on offer for tourists? Here are just a handful of things to keep you occupied on your travels.

Dublin is a city steeped in history, and there is plenty of it still evident today. Take a stroll down College Green to see the Bank of Ireland, which used to house the city’s 18th-century parliament. Or visit Kildare Street, which boasts an outstanding National Museum where visitors can catch a glimpse of Viking gold and ancient artefacts. Dublin Castle and the two Protestant cathedrals (Christ Church and St Patrick’s) are also worth a visit for their stunning architecture.

Although primarily an urban area, Dublin has some glorious green areas to offer for those who want to escape the hustle and bustle of the city. St Stephen’s Green offers beautiful floral displays alongside statues that commemorate the city’s history. Phoenix Park, west of the city centre, is the largest urban garden in Europe and is home to Dublin Zoo. The Journal reports that the park was originally designed as a royal deer park for King Charles II, and deer still live there today.

No trip to Dublin is complete without visiting the world famous Guinness Brewery on James Street. Although it’s not open to the public, many event companies in Dublin are able to offer tours around the storehouse, where you can view the production process before enjoying a complimentary pint in Gravity Bar. These days, many of the old distilleries have closed and are now home to businesses such as Davis Events Agency, who occupy an old wine and whisky distillery on Thomas Street. Seeing those that are still open and manufacturing is a memorable experience.

For fans of art and literature there are plenty of notable sights to see in Dublin, from Trinity College’s illustrious library to Merrion Square’s National Gallery. Dublin City Gallery is filled with Italian art and a memorable reconstruction of Francis Bacon’s studio, while next door the Dublin Writers’ Museum pays homage to Ireland’s literary history.