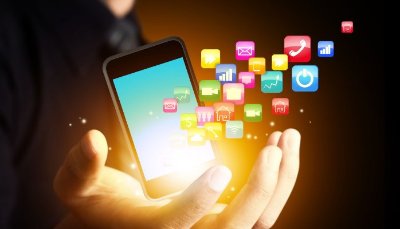 But despite the little anecdote, the reality is that the teenagers respond very well to the advertising messages. In fact, 65% of the girls interviewed said they would buy products or services directly from the ads, if that were possible. And of that group, a remarkable 80% said they were willing to buy it immediately, while the remaining 20% would wait for a special occasion.

Perhaps most worrisome to parents is that 27% of the study participants said they would make purchases with a credit card, and 48% said they would ask for the money they needed.

22% of all participants said they always clicked on the ads they saw in their mobile applications, regardless of whether they might or might not be interested in the product or service offered. Some 56% said they only marked those ads that offered products or services that actually interested them. Interestingly, these accidental clicks are not referred to as one of the great challenges and problems of mobile advertising that end up throwing thousands of euros of advertisers by land.

“The results prove that most teenagers like advertising,” said Jennifer Noonan, co-founder of MobiGirl Media, referring to her target audience. However, such data could well correspond to those of an “interested study” through which to show some popularity and effectiveness of mobile advertising.

This is not the only report pointing in this direction. According to the latest data provided by InMobi, another company in the sector that we could also include among the interested parties that this type of advertising proliferates, users accept this type of ads, since they have become accustomed to them and consider them another type of Advertising, such as those found on the web, or on television. In fact, according to InMobi, 6 out of 10 participants already assume mobile advertising as something everyday.

Is mobile advertising really so effective?

If we take into account the data from other reports and investigations, it seems that such premises are not always fulfilled. These data collide head-on with the conclusions drawn from other studies, highlighting the fact that users are annoyed with mobile advertising:

It is clear that there are disparate opinions in this regard, although they are often much more credible those whose source does not denote the imperative need to create a favorable atmosphere of a trend where everything is not glittering gold. The growing trend of Content Marketing has also led many companies and brands to launch their own research studies, reports and infographics with data of all kinds. However, on many occasions, many of these data lead us to suspect that they are unreliable or respond to certain lobbying interests.

Our conclusion is that, understanding and accepting the remarkable differences between advertising and mobile marketing, the latter encompasses an extensive and rich group of strategies and formulas that can offer brands great benefits and possibilities. Something that in the case of mobile advertising does not seem to be so clear. That said, we raised our initial question. Are we witnessing a real boom or just a bubble of mobile advertising?