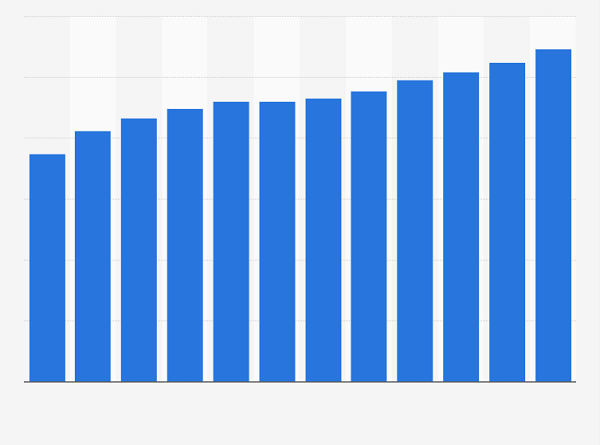 The advertising business is booming, thanks to the efforts of mobile advertising. According to data provided by eMarketer, this year, the United States recorded the highest growth in the decade in advertising investment.

An increase that is expected to reach 5.3%, exceeding the 180 billion dollars. These would be the highest recorded growth since 2004, when it was 6.7%.

Thanks to this drive, digital advertising in the US will capture about a third of the advertising pie (30%), registering a more than 50 billion investment;which implies an increase of 17.7%, with reference to 2013 confirmed the trend towards mobile devices in 2018 could be 70% of the investment in digital advertising.

Meanwhile, television continue to maintain its status, although this year will be the second half more grow (behind mobile advertising). This year advertisers earmarked 2.19 billion dollars more than in 2013, which represents an increase of 3.3%.

This turn to mobile devices at the expense of conventional media, and even the pc is favored by the increasing penetration rate of these intelligent terminals in the daily lives of users. Thus, eMarketer data show that, on average, American adults spend about 3 hours a day (2 hours and 51 minutes) to smartphones and tablets. A use that has displaced the traditional computer, the use of which is in the 2 hours and 12 minutes daily. In the case of television, it should be noted that remains the preferred by users who spend an average of 4.5 hours per day average.

Who are the main beneficiaries of the development of mobile advertising?

As reflected eMarketer, Internet giants will take a juicy match the explosion in mobile advertising. Their estimates indicate that only Google already accounts for 10% of advertising in the United States; a fact to which, Facebook does not intend to be left behind. In 2016, the Mountain View and Palo Alto 15% of the pie is distributed, a total of 200 billion dollars.