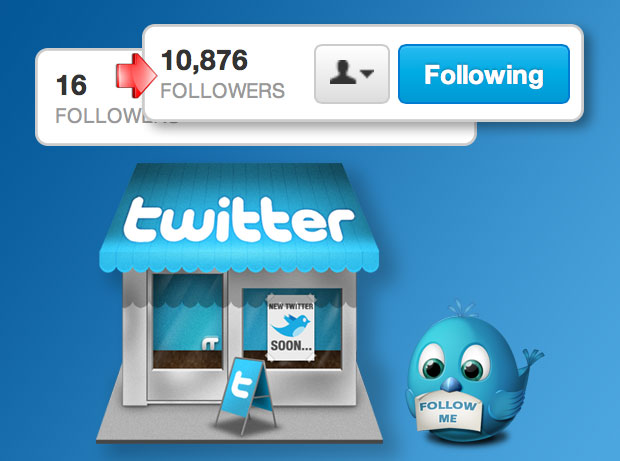 The marketing in social networks is a new world and full of questions for the marketing managers of companies, which in most cases, have already created a Social Media Marketing area or have incorporated a Community Manager and are thinking about how make that investment, beyond meeting a requirement of the moment 2.0.

Our goal on Twitter should be to create a community and generate conversations with users, listen to them and respond to their concerns, complaints and congratulations. In this way we will build a community that will grow action to action.

In this context, I have been asked on several occasions if it serves as something “buy Followers “. The answer is without a doubt: NO! It is useless to have thousands of users who do not interact with our brand. It would be like going to a party and instead of people being full of mannequins with whom we can not dance, talk or share anything; therefore, with which we can not interact. The competition for the number of followers is giving way to the analysis by the quality of the followers.

Let’s suppose that the day of the inauguration the owner of the disco can not attend. Then, he asks the public relations manager to take a picture to see how successful the event was.

The manager of public relations, seeing the empty room, fills it with mannequins that simulate people (as well as fake or inactive users simulate active and real users on Twitter) and take the photo with the full room. The owner of the club congratulates him and anxiously awaits the end of the night to count the collection of the money.

When the night is over, the manager of public relations passes the report to the owner and the total sales was $ 0 (Can you imagine a full nightclub and not sell a drink?). Surely that will be the last night of the public relations manager in that club.

The same will happen in our company if we “buy followers “, the community manager can show that he has thousands of followers, but he will never get results. See a full nightclub, call people, but the second time, they realize they are mannequins and no longer enter. The users learn. You have to be authentic in social networks. The artificial is discovered and ends up playing against

Therefore, if we want to have a “successful” Twitter account, we must concentrate on generating community, as we generate different actions the followers will increase and they will be users with whom we will be able to share many things (including inviting them to the party of our company , since these will be real users).

Increasing the number of real followers matters, the more users who follow our Twitter account, the greater our community and our growth in the social network.